I recently had another article published on Matador Network. Here’s the unedited version with all the snark that God intended.

A true misanthrope would argue that the biggest mistake a tourist can make visiting NYC is coming in the first place, but that’s not nice and I want to dispel the myth that all New Yorkers are A-holes. I can personally attest to the fact that New Yorkers are much nicer than people in other Northeast U.S. metro areas – I’m looking at you, Boston – but we have a lot on our minds and are probably already late for something (thanks, MTA!). So here are a few tips to avoid our wrath and make the most of your visit to the greatest city in the world.

Chrysler? I don’t even know ‘er!

Mistake: Getting in the way

First, the bad news. You’re probably in our way. We get it. You’re here on vacation and you have all day to embrace the aromas and ambiance of Midtown. You want to admire the Christmas windows at Saks or Bergdorf’s, or maybe take a selfie in the middle of Seventh Avenue. Hey, we were all tourists once. All we ask is that you move a little faster, step to the side when you decide to stop suddenly, and for the love of God, don’t walk more than two abreast on the sidewalk. (Yes, I just said “abreast.”) As mentioned above, New Yorkers are always in a hurry, whether it’s to close a billion-dollar deal, or more likely, get to El Azteca before $5 frozen margarita happy hour ends. So we implore you to move over and let us get on with our business. 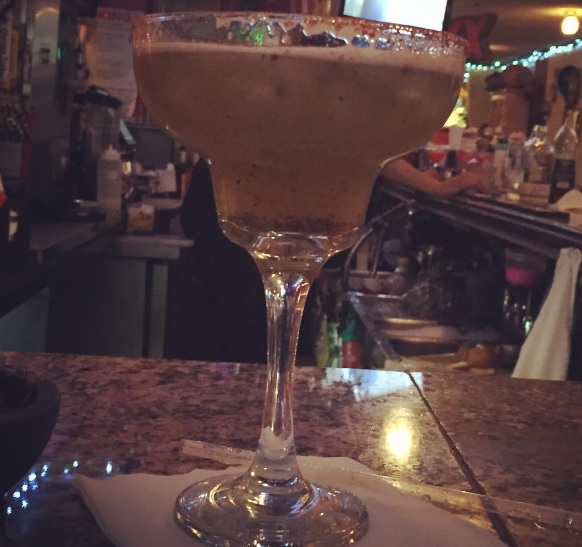 Worth knocking over a bitch for

Of course you wouldn’t go to Paris for the first time without checking out the Eiffel Tower, nor would I expect you to come to NYC without braving Times Square’s Menacing Elmos or taking a selfie on top of the Empire State Building. Yes, the new Freedom Tower is spectacular and the view from the Brooklyn Bridge is unparalleled. But if you limit yourself to the areas clogged with fellow tourists, you’re missing out on some of the city’s untapped magic.

Walk two or three blocks west from Times Square and you’ll find tons of bars, restaurants, and cafes on Ninth and Tenth Avenues that are reasonably priced and not crowded . For example, if you’re in the mood for meat, try Hallo Berlin for beer and sausages or Ariana for authentic Afghan kebabs and friendly service. Or if you’re feeling overwhelmed by the city and dreaming of the beach, try Réunion for great Happy Hour specials and a laid-back surfer vibe. Regroup before dinner with a late-afternoon espresso or glass of wine at Tartina.

Take the 2, 3, B or C train to 110 Street for the lesser known but still beautiful north part of Central Park, which even has a swimming pool that becomes an ice skating rink in the winter. From there it’s just a short walk to Morningside Park and St. John the Divine Cathedral, one of the five largest church buildings in the world.

If you feel up to risking an outer borough, take the N or R train to Astoria (Queens), where you’ll find  Aliada, one of the neighborhoods many renowned Greek restaurants, and Bohemian Hall, NYC’s oldest beer garden. If you like history, pastoral surroundings and dead people, take the R to 25th Street in Brooklyn for Green-Wood Cemetery, the permanent resting place of composer Leonard Bernstein, artist Jean-Michel Basquiat, and a veritable Who’s Who of important historical figures.

Who all have a kick-ass view

The Bronx of course has the Bronx Zoo, the New York Botanical Garden and Arthur Avenue – NYC’s “real” Little Italy, all of which are subway accessible. If you really want to go to Staten Island, well okay. (Are you sure?) You can take the Staten Island ferry for free while getting unbelievable views of lower Manhattan and the Statue of Liberty. The forgotten borough is also home to the Staten Island Yankees, the Bronx Bombers’ minor league affiliate, where you can see a baseball game with a great view at a fraction of the cost of Yankee Stadium. 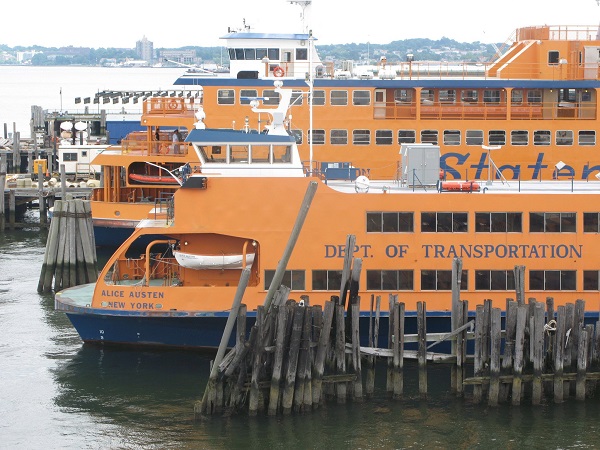 And you get to ride on these adorable orange boats!

Mistake: Expecting to get anywhere on the subway

Okay so you’ve decided to venture outside of Times Square. Depending on the time of day and where you’re going, traffic is probably terrible so you’ve decided to take the subway. Which is like deciding to get punched in the stomach instead of getting punched in the face. In theory, you can efficiently travel all over the five boroughs with one $2.75 swipe of your MetroCard, but I think that only happened once, to one person, in 2006.

According to NYC’s Public Advocate, 75,000 trains were delayed in 2016, up from 65,000 in 2015. Anecdotal evidence (my commute) indicates this is true. Just last month, four subway lines were shut down for 12 hours because of “signal problems,” ruining the day for hundreds of thousands of commuters. You’d think that North America’s largest transit system would be held together by something other than duct tape and paper clips.

But at least it’s clean

And if it’s a weekend, any pretense of a “schedule” or “route” disappears completely. You think you’re on your way, then you hear the dreaded words, “Because of construction…” Just one example of a recent weekend service change:

So what’s the solution? Well, there’s always CitiBike. Or just take the cab. What you lose in time and money, you’ll save in sanity.

After all that aggravation, you’re going to need a drink. A glass of wine or a top shelf martini in Manhattan could run you between $13 and $35. That’s not a typo. You’re perfectly welcome to shell out that kind of cash, and if so, please invite me out with you. But if you want to avoid paying more for one Pinot Grigio than some people (i.e. me) would pay for an entire bottle, you must embrace happy hour.

The best way to find a good happy hour is to just walk around – bars and restaurants usually have chalkboards out front listing their drink specials. The greatest day of my life was discovering the TGIF’s next to Grand Central Terminal had $4 wine until 8 pm. And no, I am not embarrassed to admit patronizing a soulless chain restaurant, because $4 wine is $4 wine. (Sadly, this location closed in 2015.)

If you don’t feel like leaving your hotel without a plan, check out www.nyhappyhours.com, which lets you plug in your neighborhood, the time of day and day of the week and tells you where you can find drink specials. Even better, this “Happy Hours” app (unfortunately only available for IOS) will do the same thing on your mobile phone based on your location.

According to the Broadway League, the 2015-2016 season was its highest-grossing of all time, taking in a total of nearly $1.4 billion, with attendance surpassing 13.3 million people. In the past, if you wanted to get in on that hot Broadway action, you would have to order tickets ahead of time and pay full price (anywhere from $69 to $199 and more, depending on the show) or wait on line at the TKTS booth for same-day seats. The problem with TKTS, aside from the wait, is they have a limited selection of shows, the seats aren’t always that great and the discounts definitely aren’t the best available.

If you’re super flexible about which show you want to see and don’t care where your seats are, a better option is the TodayTix app. They used to only offer tickets for same-day shows or within one week, but they’ve recently upped the timeframe to 30 days. While you can’t choose your seats, you can pick your price level (orchestra, mezzanine or balcony) and they promise not to sell obstructed views. At first it seemed a little shady to meet their red-jacketed rep in front of the theater to pick up my tickets, but the process went smoothly and I’ve been able to see popular shows such as Wicked and Fiddler on the Roof for very reasonable prices.

Mistake: Waiting on a two-hour line for anything

Okay, full disclosure: this one is optional, because New Yorkers love to wait on line. I don’t know if it’s self-loathing or just a desire to relive the glory days of the Soviet Union, but my fellow Upper West Siders will wait for anything, whether it’s to get into Trader Joe’s on 72nd Street to buy organic seaweed snacks or outside Good Enough to Eat on a Sunday morning in a blizzard just to get scrambled eggs. I don’t understand it, because there is a perfectly good French Roast up the street with great food and no lines and you can be in and out before you even get to the front of the line at Good Enough.

My point is, I won’t begrudge you waiting on line if you want to pass as a local, but if you want to actually eat a meal in a reasonable amount of time, because it’s 12:30 on a Saturday afternoon and you’re hungover, there is always a better option out there. Whatever the overrated restaurant you’re waiting for, google “alternatives to [name of overrated restaurant]” and you’ll find something. Or just cross the street. It’s NYC for God’s sake, there are good brunch restaurants every three feet.

When it comes to food fads – your Cronuts, Ramen Burgers, scoops of raw cookie dough, you’re going to have to use your own judgment here. I personally wouldn’t wait to get out a burning building, but if you absolutely need that Levain chocolate chip cookie to impress your Insta followers, you do you. Remember: pain is inevitable, waiting on line is optional.